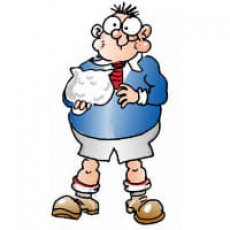 This is simply what Saturday mornings were made for. Strolling the aisles of your local ‘Woolies’ and filling your bag with the best sweets your pocket money (or more often your parents’ money) could buy.

We all miss Woolworths, but, let's be honest the thing we remember most fondly about this famous high-street shop is the Woolworths pick and mix.

Unfortunately, Woolworths disappeared from our high street in 2009 meaning our weekend trip for pick and mix was lost forever...or was it?
Whilst we can't replicate the visit to Woolies, we can provide you with the same top-quality pick and mix sweets, something we have been doing since 2002 at AQuarterOf.co.uk

Woolworths reigned supreme for 100 years on the British High Street and was the go-to place for everything from toys to lawnmowers. The first UK store was opened in 1909 on Church Street in Liverpool. Frank Woolworth, who had been having success with a string of stores in America, had been playing with the idea of entering the UK market for years. He decided to put his cousin Fred in charge of the venture but, to ‘sweeten’ (see what we did there?) the deal, he also decided to employ an Englishmen named William Lawrence Stephenson to counter any potential resistance from the British press.

Part of the plan from day 1 was to bring the concept of the weigh-out sweet which was popular in the US across to our high street. Woolies agreed to a deal with Barker & Dobson and their Everton Mints proved to be one of the most popular pick and mix sweets Woolworths had to offer.

At this time pick and mix and Woolworths was two old pence per 125g, equivalent to 56p per 100g today. That's a lot of sweets for your pocket money!

By 1934, success in the UK was at an all-time high and Woolworths were the UKs dominant sweet shop. A new store was opening every 5 days across the country and in London, celebrations were beginning as the 600th store had just opened its doors. William Stephenson was now managing director and, despite a period of suspension because of the Second World War, he had implemented a huge expansion plan funded entirely by earnings and without any borrowing whatsoever. During the war, staff from the British stores raised over £5,000 to buy a Spitfire for the RAF and the four directors each matched the figure. At the peak of its powers, there were 1,141 branches of Woolworths in the 1960s. Think of all the sweets!

Eventually, after a sustained period of financial difficulty. Woolworths finally shut its last store in 2009. But let’s not focus on that bit.


That Last Ever Bag of Woolworths pick and mix

Now before you read this, I can promise you this is true.

In 2009, just before a Kent Woolworths store in Petts Wood closed its doors for the last time. Woolies store manager, Ed Adams, decided to take a souvenir from the store… one final bag of pick ‘n’ mix containing all the usual suspects. He later went on to sell the collector’s item on eBay for a whopping £14,500! I know what you’re thinking…why didn’t he take two bags!

He didn’t get to keep any of this small fortune, though. Mr Adams started the auction to raise money for Retail Trust, which is a charity for retail industry workers.

The bag was officially certified as being the last bag ever of Woolworths pick and mix so whilst we can't offer you that we can help to fulfil your retro sweets cravings with our pick and mix offer.

So, whilst the experience of a Woolworths pick and mix may be gone however in 2020 a Twitter account going by the handle @UKWoolworths appeared online and started to suggest a resurgence of the High Street giant was coming. After a string of tweets claiming they were about to “Save 2020”, mass disappointment was realised as The Very Group, who now owns the Woolworths trademark, were forced to come out and deny the rumours. So, for now, at least, Woolies exists only in our favourite memories. But you just never know…