You're in for a treat if your an apple sweets lover... becuase we have loads for you.

If you like hard boiled treats to suck we have sour apple sweets, apple and custards and rosy apples too.  Plus sugar-free and handmade apple sweets as well.  "Granny Smith" would be proud... they are "French Golden Delicious!"

Plus there are bonbons and pencils to chew... and sour apple sweets to make your mouth water!  Enjoy...
Sort By Show
View Mode
Grid
List
Thumb Size 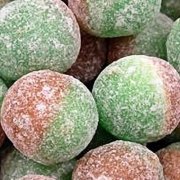 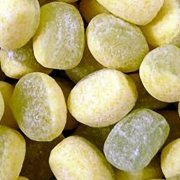 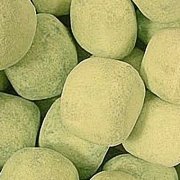 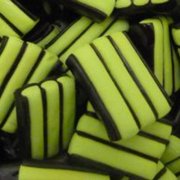 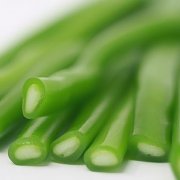 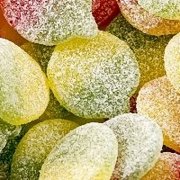 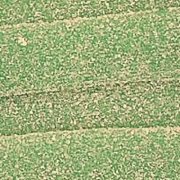 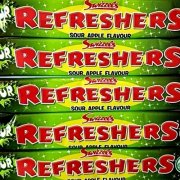 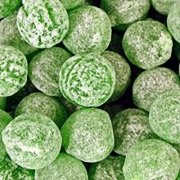 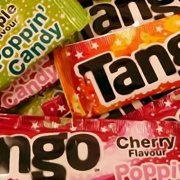 Add to Cart
Showing 1 to 15 of 15 (1 Pages)
While our apple sweets aren’t technically classed as one of your five a day, they will give your Pink Ladies, Braeburn or Golden Delicious a run for their money as far as a sweet treat goes.

Have you ever thought about why apple sweets are traditionally green when the majority of apples found in the UK are red? I guess it's because people associate red with strawberry flavoured sweets and the sweet manufacturers needed another colour to represent apple...and they chose green!

So what about these deliciously tangy, apple flavoured sweets? If you are looking for the biggest and best selection of apple sweets online then you have come to the right place.


At the top of our jazzy apple sweets selection, we have our very own invention – apple and cinnamon balls! But how did we come up with such wizardry? We ran a competition of course, and in our search for a brand new favourite retro sweet, this absolute firework of a flavour won by a country mile which tells you everything you need to know. Tangy apple and spicy cinnamon make the perfect combination for boiled sweet heaven! The best part? They’re vegan and vegetarian friendly as well as gelatine free so perfect for sharing with all of your friends. You won't find these anywhere else so stock up today!

When you think of tasty apple desserts, what delectable substance are you pouring over them hot from the oven? Well, custard of course? So what could be better than the combination of tangy green apple and sweet creamy custard in a sweet? Search no more, because we have this incredible flavour in one delicious sweet and you don't even have to go to the effort of making an apple crumble with these sweets. A delicious dessert in boiled sweet form, and unlike the traditional dessert form our version is friendly for vegans and vegetarians as well as being gelatine and gluten-free again!

Fancy something with a little more chew? Why not try another variation on our bonbon selection - we don’t just have cherry and strawberry, but we have apple bonbons too! The chewy sweet dusted with sugar on the outside that is bursting with brilliant apple flavour. The proof is in the name itself as the name bonbon comes from the French for good, originally the 17th Century delicacies that were made of chocolate. Our apple bonbons are suitable for vegetarians as well as being gelatine and gluten-free.

Do you remember chewing on your pencil at school? A slightly woody taste as you gazed out of the window? Well, we have the perfect solution – apple pencils! While you can’t write with them due to their fondant filling, their delicious taste will keep you occupied and satisfy your sugar cravings throughout the day. Perhaps you eat them all in one go or perhaps you carefully peel the outside off. However you enjoy your apple pencils, you have to agree that they’re scrumptious! We don’t just have the pencil version either – want more apple pencil joy? Supersize it to our giant apple cables! These joyous monsters are perfect for sharing, they are irresistible.

What’s the opposite of sweet? Nope, not savoury but – sour! We love sour sweets at AQuarterOf.co.uk so of course, we had to include some delicious sour options in our tasty apple sweet selections! Enjoy the best of sour sweets with our Jelly Sour Apples, covered with a layer of “sour sanding” to get your mouth watering. A truly yummy treat that won’t blow your head off like some of the sour sweets around these days – these are just enough to titillate your tastebuds and melt in your mouth in a succulent appley mouthful. To make these even better, these are vegan friendly and gelatine free!

When you think of traditional English sweet flavours, what comes to mind? Surely Rhubarb and Custard is top of the list! And who makes chewy sweets better than Swizzles? The delectable Drumstick is officially over 60 years old and there’s a reason why they’re still so incredibly popular...they’re delicious! When the Drumstick lolly launched in 1957 it was the only chewy lollipop on the market and is one of many amazing original sweet inventions. While perhaps the original lollipop is the most famous version of the Drumstick, we have the chew option with so much more to love! The tradition of Rhubarb and Custard flavoured sweets came from a popular pudding that was then made into a sweet when importing sugar became easier!

Autumn: fresh, crisp air, crunchy leaves under your feet and…rosy apples! Well with us you don’t have to wait until Autumn for this delicious taste – the perfect balance between sweet and sour. Boiled sweets are a tasty long-standing tradition in the UK and their roots go as far as the 1820s when crystallised fruits were perfected in Scotland, from there the boiled sweet was born. The best thing about our rosy apples – the taste lasts for such a long time before you reach for the next one. If you’re vegan or looking for a gluten-free apple sweet then look no further, these could be the perfect choice for you.

Want to get your mouth watering? Our sour apple belts might be the apple sweet for you. Encrusted with crystalised sour sugar, these melt in your mouth apple treats may not hold your trousers up, but they will satisfy your need for a tangy, fizzy apple sweet.

Originally invented and launched by Swizzles in 1955, the Refresher bar with its chewy outer layer and sherbet inside is a taste delight. They come in a variety of flavours but for sour sweet fans, look no further than our Sour Apple Refreshers! The Swizzles Matlow company are famous for a variety of their original inventions which goes beyond the amazing Refresher bars! Their first retro sweet favourite was Rainbow Drops, which didn’t originally come in a pack but were scooped into the bags like pick ‘n’ mix we know and love today! Their invention of Love Hearts was so iconic it was included in the Millennium Dome as an icon of the 20th century. Everyone knows and loves the traditional lemon Refresher Bar but give the sour apple version a try, you won't regret it!

Looking for more sour apple sweets? Are your tastebuds still crying out for more? Then treat yourself to some of our own Sour Apple sweets, because regular sour apple sweets just aren’t sour enough. Coated in an extra layer of sour sugar for that extra bite for the thrill-seekers amongst you, waiting for you in the centre is a sweet tasty treat like the treasure at the end of the rainbow. The real question is, are you brave enough to take on these super sour apple sweets?

The delicious delicacy that keeps things interesting! Tango has created the ultimate flavour trio with their popping candy – cherry, orange and of course apple! You might know this as space dust from your childhood, so if you are looking for apple space dust then try our Tango popping candy for an out of this world sweet experience!

As you might have seen, we love our apple sweets. Some people prefer orange sweets or even strawberry sweets, but for us, there is nothing that can beat the tangy taste of an apple sweet.

"Fast service, will be ordering again!"