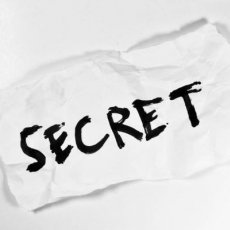 You know what I think is missing from life these days?

When I was little, mud played a much more major role in life than it does now. And I think that’s sad.

I was a sporty little boy. Not particularly able, but I loved it.

I remember playing both football and rugby (and occasionally both) when I was a nipper… and getting completely caked in mud when I did.

So caked that, by the time I got home after the game, my legs were completely encrusted in dried out mud. When I bent my knees the hard mud would crack and I’d pick bits off and flick them.

That was until, as I grew older, pulling off the dried mud also meant I was effectively plucking my legs… an eye-watering experience that hastened the ending of that particular pastime.

And then it was bath-time.

Don’t forget this was in an era when showers were very much a novelty, and when we all slept in beds covered with sheets and blankets. Duvets hadn’t made much headway at that time, except with the early adopters… and, even for those people, they weren’t called duvets but “continental quilts”.

I’d half fill the bath, get in… and then leave the taps running for as long as, and as hot as, I dared.

The bath served to loosen the baked on mud from my legs but, apart from that, it was a pretty pointless exercise really. The mud made the water filthy (which hardly left me clean). And left the mother of all tide-marks when I pulled the plug!

Frequently on Grandstand on a Saturday afternoon, in late Autumn and Winter especially, you’d see rugby matches where mud played a major role… where sometimes it was nigh on impossible to tell one team from the other because their heavy cotton rugby shirts (those were the days!) were universally brown with soaked-in mud.

And football took place on quagmires like the famous Baseball Ground – home of Derby County.

These days, even a relatively lowly team such as my beloved Wycombe Wanderers plays on a carpet-like surface in comparison. And when you watch most premier league games the grass looks as perfect as it was for the first game of the season.

But that’s not what makes me a bit sad.

It’s the fact that today’s young ‘uns, like our little boy William, seem to invariably play football on astroturf rather than grass.

Yes it’s a ‘better’ surface, the ball runs truer and you can play on it in all weathers.

But how’s he going to get all nostalgic about that in years to come?

Bring back the mud!

Too many “improvements”… bring back some of life’s rough edges, I say…

… blue tits attacking the foil tops of your milk bottles

Do you agree? What other of life’s improvements have stolen the nostalgia?

72 Comments To "My Dirty Secret"