https://www.aquarterof.co.uk/anglo-bubbly-bubble-gum This section always gets me nostalging. There was something very grown-up about chewing bubblegum when I was little, and no trip to the sweetshop was complete without at least two types of bubblegum.

My particular favourites were Golf Ball Bubblegum and the mighty Anglo Bubbly (the reason we set up A Quarter Of no less!).  And there was that phase where there was loads of the new, ultra soft and squidgy American inspired bubble gum such as Bubbleyum and Bubblicious... it was bubbletastic!  Plus, of course, the more old - school (and much harfer texture) Bazooka Joe with the little comic strip inside.

If you are looking for a sweet that let's you chomp away then don't forget to check out our great range of chewy sweets. From scrumptious chew bars to tasty nougat we have a range of goodies you can chomp away on!
Sort By Show
View Mode
Grid
List
Thumb Size 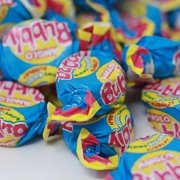 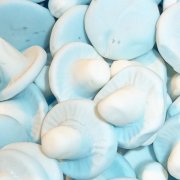 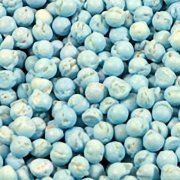 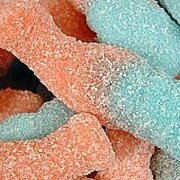 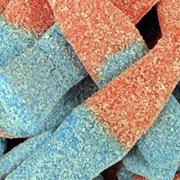 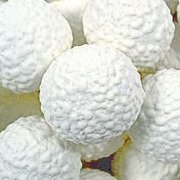 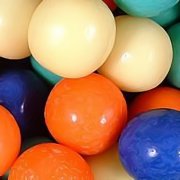 Add to Cart
Showing 1 to 12 of 12 (1 Pages)
Bubble Gum Nostalgia
A gent named Frank Fleer was the first person to discover bubblegum but his recipes were too sticky and were never sold.

Bubblegum was originally a pink coloured sweet since the factory only had pink food coloring available. Diemer’s recipe looked so promising which prompted the company to test it in a local candy store. Bubblegum sweets sold out on the first day and were marketed as “Dubble Bubble”. Fleer sold $1.5 million worth of bubblegum during its first year.

Bubblegum featuring Fleer Funnies was introduced in 1930. A color comic strip that features “Dub and Bub”. In 1950, it was replaced by the iconic Pud and his pals. Dubble Bubble was distributed to the military during the 2nd World War.

Bubblegum manufacturing stopped in 1942 since sugar and latex became scarce due to the war. Dubble Bubble was manufactured again in 1951. Over time, Fleer added new flavors and new formats that extended their reach.

Bubblegum sweets were extremely popular to depression-era customers since it was sold for only a penny. Diemer never received royalties for the product but was eventually promoted to senior vice president and served on the company’s board of directors. 15 years after retiring, Deimer still continued to hold a board seat.

Bubblegum’s original ingredients include sugar, corn syrup, gum base, dextrose, artificial flavour, high fructose corn syrup, cornstarch and BHT. Dubble Bubble gum was the only bubble gum available on the market for years until the Bazooka Bubble Gum was introduced.

Through the years, a variety of bubblegum sweets began appearing in the market but probably most iconic in the UK is Anglo Bubbly bubble gum - a pink colored chunky disc of bubblegum with a taste of pear (apparently... I just thought it tasted of bubblegum!).

Anglo Bubbly bubblegum is an American inspired retro sweet treat from the 70s and 80s and fab for blowing big bubbles!

Bubblegum still remains popular up to this day. It is a sweet treat that takes you back in time when you were still a kid.

"Excellent service and remarkably quick, due to whats going on in the world today. Really love the retro boiled sweets from yesteryear.. Peter.."

"Was perfect! Couldn’t think of anything better!!!"

"I’m always apprehensive about using a new company. You never know what the experience will be like but I LOVE this. Sweets are cheap, delivery is fast and I love the emails. When you know you know. Good work!"