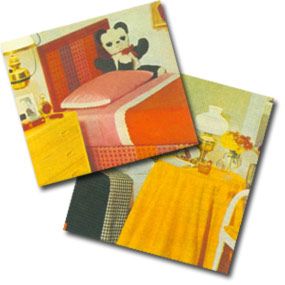 ‘I remember getting our first telephone when we moved down to London in 1960. In those days the exchanges had names as well as numbers; ours was ARNold 3062, because all the exchanges around us were named after poets.’

‘My Auntie Marjorie had her kitchen redone in the early sixties, mainly in orange. It even had orange spotty seats. I remember her telling us she thought it was really great, “because it looks just like a snack bar”’

‘Hardly any rental properties in the sixties had fridges. In summer you kept your milk in a pan of water on a shady windowsill.’

‘Friends moved down to London in the late sixties and got a flat in Holland Park. They painted all the walls dark purple, which I thought was so cool. You couldn’t see a thing, but it was cool.’ 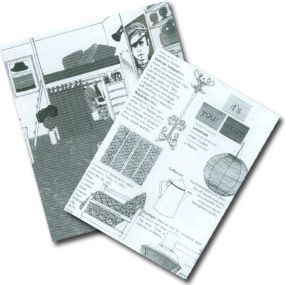 ‘When I left home to go to university in 1966, I bought myself a portable record player for about £20 and a fake-fur, purple-backed cushion. I thought they were the height of chic. I bought myself a Joan Baez record, a Dylan and a Beatles, and I was all set.’

‘We all had to have collages on our walls, pictures made of images torn or cut from magazines. I had one featuring the gorgeous model Veruschka, and lots of photos from Honey.’

Extracted, with permission, from The 50s & 60s: The Best of Times – Growing up and being young in Britain by Alison Pressley, published by Michael O’Mara Books Limited.

"Quick, reasonably priced and delicious, what more could you ask for?!"

"It was quick, efficient and pretty much the service you'd like to receive from any retailer. Can't fault them"