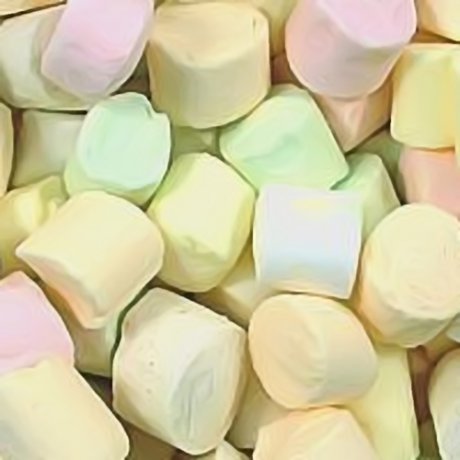 Ever heard of Edinburgh Rock? When you think about confectionary rock, usually a long minty stick comes to mind, most rock is named after the seaside towns you buy them. Think Blackpool, Scarborough, Brighton and many favourite seaside towns. This type of rock can often take an actual lifetime to get through due to the fact it is so hard and sticky…enter the Edinburgh rock variety!

Also known as Edinburgh Castle rock, this yummy rock variety is much more friendly on the teeth than its seaside cousin! It has a much softer and crumblier texture which makes it deliciously melty on the tongue!

In our opinion, Edinburgh rock is much nicer (and easier) to eat than your favourite stick of seaside rock. Take one of these crumbly pieces of rock and let it melt on your tongue or crunch your way through it if you want!

Yes, there are no ingredients in this sweet which are derived from animals.

Discovered in the 19th century by Alexander Ferguson who learned the confectionary trade in Glasgow before moving on to Edinburgh. The story goes that he discovered this yummy treat by accident, he came across a tray of sweets that had been forgotten for months! Rather than throw them away, he tried one and found it found it was super tasty with a unique texture. The success of this Scottish delicacy was so great he was able to retire back to his home town of Doune in Perthshire a very rich man!

Now surely a sweet that wasn’t totally and utterly delicious wouldn’t make anyone a fortune, so this should tell you everything you need to know to fill your shopping trolley with Edinburgh rock!

What’s more, this crumbly masterpiece is gluten-free, gelatine free, vegetarian AND vegan! So you can share with all of your friends, but we’re not sure you’ll want to!

Just in case though, we offer our Edinburgh rock in 250g amounts or a 2kg jar if you just can’t get enough! We certainly can’t, especially with its soft, melting texture that makes it just too good to be true! No broken teeth for us, or you either if you get yourself a bag!

If you are a fan of all thing rock then don't forget we also sell hard fruit rock and Edwardian seaside fruit rock, or, if Scottish sweets are more your thing then take a look at our Highland Toffee, Iron Brew mints

"Excellent service, good choice of sweets will definitely use again"

"Absolutely amazing sweets! Will definitely order from here again once my stash has finished!"

"Prompt delivery, great selection of goodies for 3 forthcoming birthdays. I'm sure they will be enjoyed"