We originally came up with the idea for decade boxes in 2006. We wanted to create gifts that people would really get excited about - gifts that would take them right back to a time when they were young and carefree - so we created a 60s Decade Box (filled with sweets that were definitely around then), a 70s Decade Box and an 80s Decade Box. The idea has since been copied by countless sweetshops (like so many of our ideas... boooo!), but we are proud to say that the A Quarter Of Decade Box is the ORIGINAL! They make stunning and very original presents for grandmas, grandpas, mums, dads and friends.

So, if you're looking for an unusual gift for, say, a man in his 50s, then a 70s Decade Box will be just the job!
Sort By Show
View Mode
Grid
List
Thumb Size
Tasty Eighties Personalised Gift Box of Iconic 80s Sweets 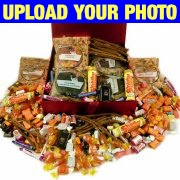 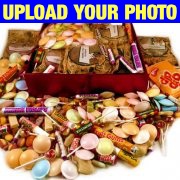 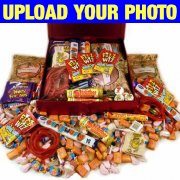 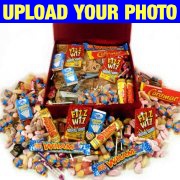 "Purchased a selection of goodies for a family member in isolation over Easter, there was a good selection to choose from and delivery was prompt despite challenging circumstances. Thank you."

"Great service and quick as well. Lovely to see the old sweets and I’m sure they’ll be a Christmas hit. Would definitely recommend."

"The speed of response and delivery was excellent. The quality of the sweets are excellent."