Who grew up in the UK and doesn’t remember the classic music and classic sweets of their childhood? The stories behind the sweet music from this era include myths about coded references to sex and drugs- denied by the artists but established in popular culture.

A perfect example is The Beatles hit Lucy in the Sky with Diamonds, a song long assumed to be a reference to the drug LSD but which has a far more sweet and innocent explanation. John Lennon always insisted that the song was inspired by a conversation every parent has had with their child- Lennon asked his then four-year old son about a drawing Julian had made of a girl surrounded by stars- the answer “its Lucy in the sky with diamonds”.  Of course its’s not very rock n roll to be singing about your kids, or believable if you’re a bunch of hippies- the BBC banned the song and the legend was born.

In tribute to the sweet music we grew up on, here at AQuarterOf, we wondered what other classic songs might have a more innocent explanation…

Given the opening line “Purple haze all in my brain”, many people think this song is a reference to an illicit drug of one sort or another. In fact, Hendrix always denied before his death, claiming instead that the purple haze was a form of confusion known to all men- the type induced by love. Another explanation put forth by the song’s author, suggests the words are connected to one of his dream.  Over here, we think the meaning is much more straightforward; clearly the song refers to chocolate hearts packaged in their vivid purple wrappers and the resulting sugar high?

It’s rumoured that Mick Jagger has had more groupies that I’ve had hot clichés, so it’s no surprise to learn that the story behind this classic Rolling Stones track involves a woman- one version says this song is a reference to a woman sold in the slave markets in America’s south, while another paints the track as a homage to a backing singer who caught Mick’s eye. Of course we know that this discussion is like two bald me fighting over a comb, because the real meaning of this song is surely giant cola bottles. Seriously, what else could Jagger possibly mean by “Brown sugar- how come you taste so good”?

The Stranglers 1982 classic supposedly tells of the troubles caused by heroin addiction, or a woman… According to the song’s author the track can be understood on both levels. Of course we have no idea why anyone would think a woman is analogous to heroin addiction? Perhaps the lead singer was just too shy to tell the truth that the song is about chocolate money? We all love that sweet brown chocolate in a golden wrapper.

Given the well-documented struggles by members of Aerosmith, one might wonder what Steven Tyler means when he belts out the words “Pink it’s my new obsession”?  Although common wisdom holds that this song is a reference to the intimate pleasures, we would question that. Knowing how popular Shrimps are and have always been its more than likely that this song tells of Steve’s new found love for fluffy soft pink sweets!

What other sweets have inspired the musical giants?

"Excellent service with a wide ranging selection of sweets and chocolates."

"Perfect in every way" 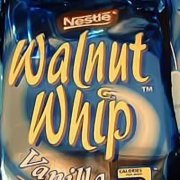